The team here at ROCCIA have always had a warm relationship with Sir Tom Finney and his family, with the former Preston North End and England star officially opening both our Preston and Bolton showrooms. That relationship is just one of the many reasons we chose to install a truly stunning mosaic of one of the most iconic pictures in football, Sir Tom Finney’s ‘The Splash’. 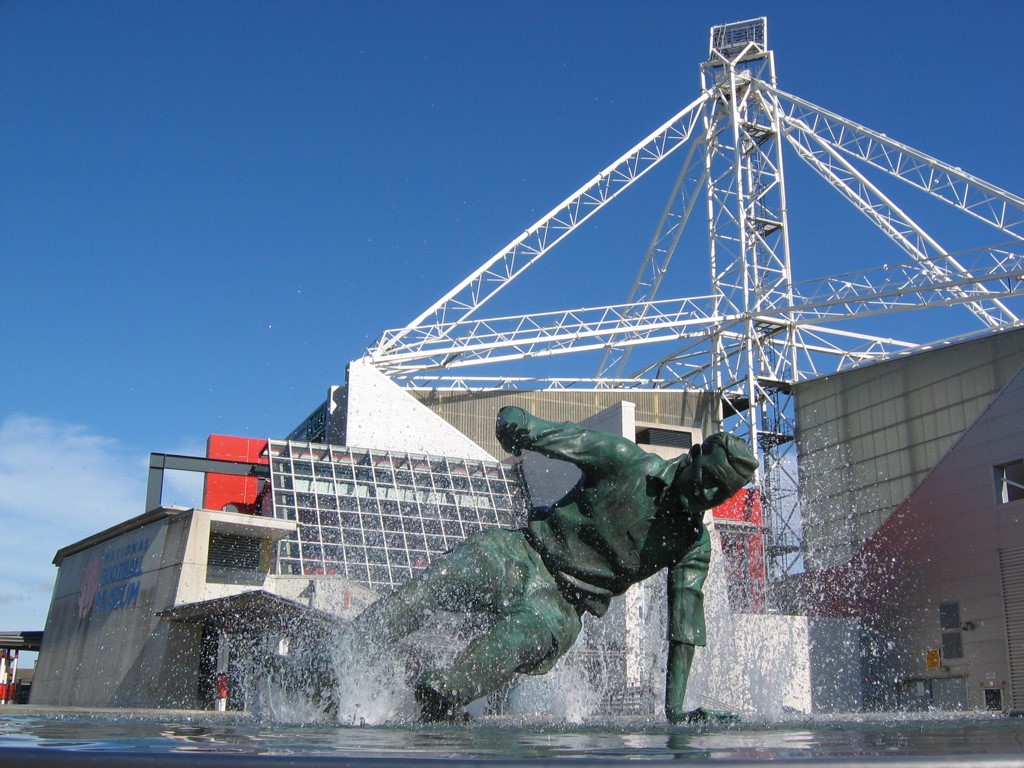 In 2004, Sir Tom Finney unveiled the water feature sculpture, The Splash, which was inspired by the 1956 Sports Photograph of the Year which shows Finney beating two Chelsea defenders at a waterlogged Stamford Bridge.  The sculpture still stands pride of place outside Preston North End’s ground, Deepdale.

Speaking of Sir Tom’s footballing prowess, Bill Shankly famously said: “Tom Finney would have been great in any team, in any match and in any age… even if he had been wearing an overcoat.”

Back in 2014, we produced and donated a fantastic five metre wide mosaic of the ‘The Splash’. This tiled creation is now situated in the Sir Tom Finney reception at Deepdale after being created by artisan craftsmen in Spain.

Measuring in at 5 metres wide, the mosaic has been created using 11,999 hand cut pieces, and features ‘invisible grout from Kerakoll, which reflects the colour of the tile to give the mosaic a more vibrant look.

Following the creation of the mosaic for Preston North End, we decided to incorporate a similar mosaic within our Preston showroom. Our version of ‘The Splash’ is made up of over 140,000 mosaic tiles, and the piece stands pride of place as the main feature within our tile showroom in Preston. 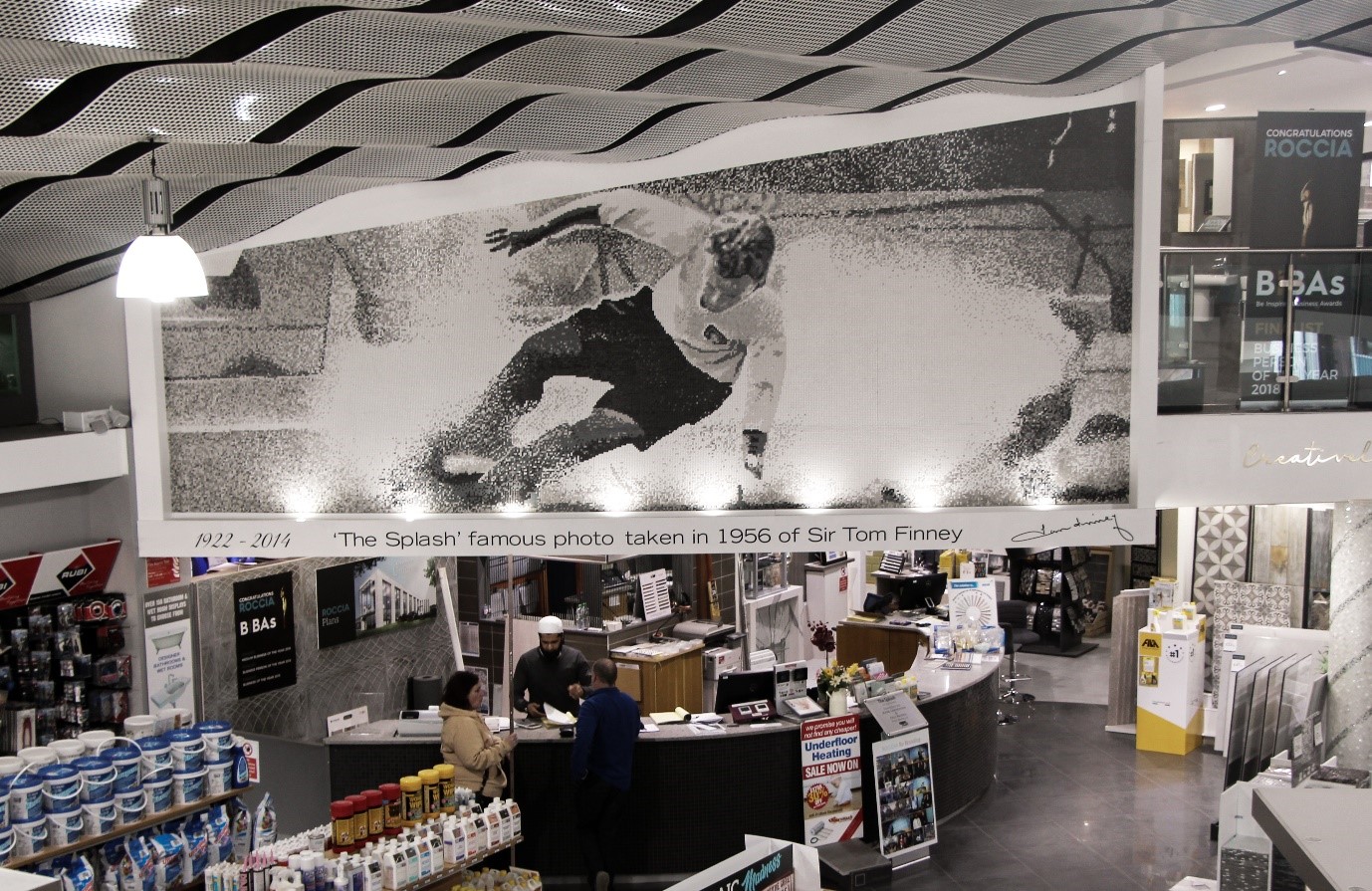 If you would like to come and see this fantastic piece of art for yourself, please feel free to pop into our tile showroom in Preston, where one of our friendly members of staff will be more than happy to discuss this tiled creation in more detail with you. 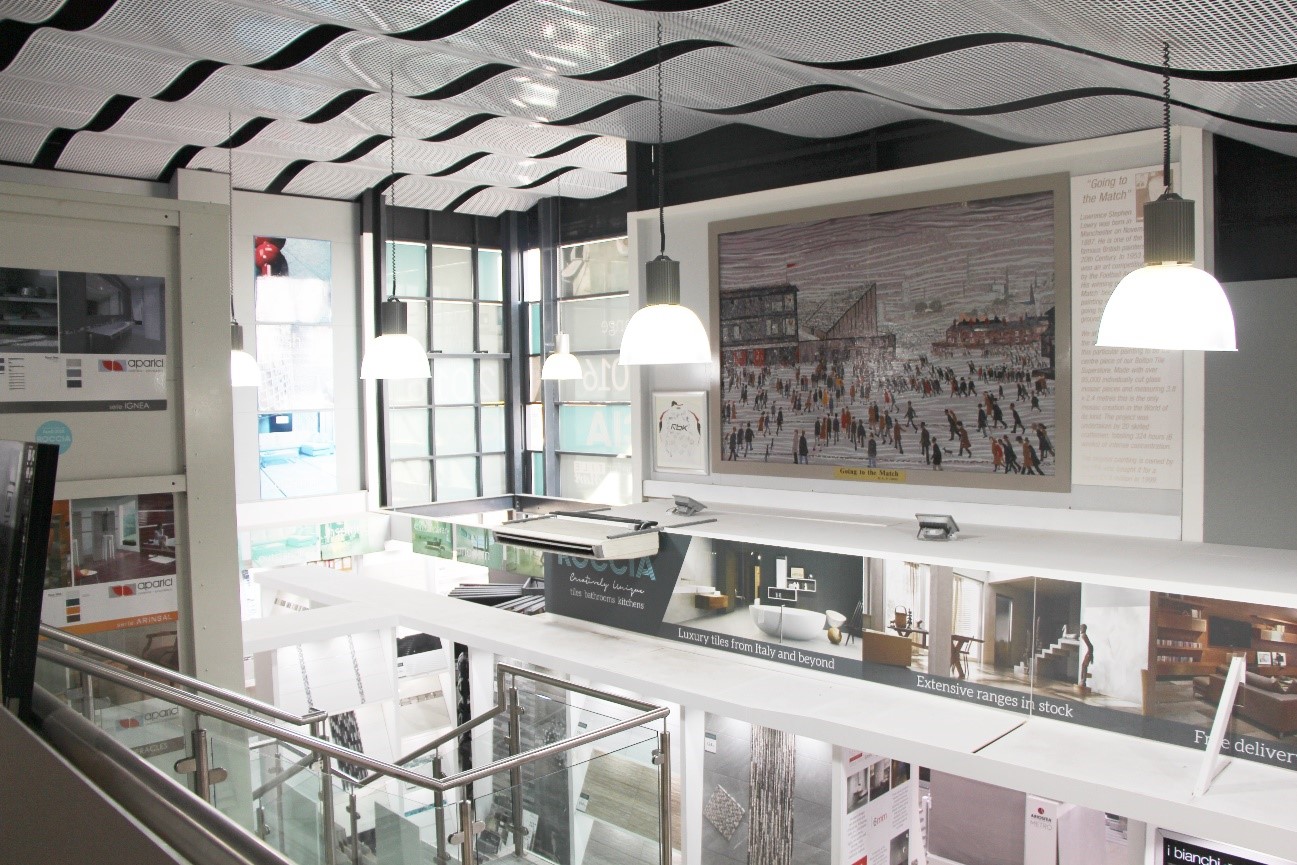 ROCCIA's Stunning 'Going To The Match' Mosaic - A Closer Look