Tile Designs from Around the World

The world is full of mesmerising designs, colours and architectural wonders; with some of the most stunning and inspiring interiors and exteriors including some form of tile design. The rich variety of human cultures from around the globe all offer their own set of fashion and style from fashion to interior design and architecture. You just have to look at the intricate Indian building designs accompanied by the precision of mosaic patterns to see how their tile designs have influenced the world.

In this article, we take a closer look at the birthplace of certain styles of tiles, delving deeper into why they are so sought after by many home and business owners today. England may have sourced the likes of traditional Victorian floor tiles, but what about the rest of the world?

After the initial expansion of the Umayyad Caliphate over Hispania; the Umayyad conquest of Hispania, new methods of tile manufacturing were introduced to Spain. The new methods introduced made Spain one of the first Europe countries in Europe to utilise this exciting new process, enabling them to create better tiles!

When you think about Spanish floor tiles, vibrant splashes of colour, geometric swirls and patterns, floral motifs and symbols all come to mind. Spanish designed floor tiles have gained popularity in recent years thanks to their colour tile designs, which usually incorporate mosaic patterns with extremely intricate designs.

Spain are still world-renowned for their expression of colour in their tiles and were greatly influenced by the introduction of Islamic culture and Arabic design to Spain in the 8th Century.

Even before this strong influence, in Medieval times, Spanish artisans would craft beautiful tiles which were predominantly used for decorating churches around the country. Even today you can see some of these truly stunning tiles on display around Spain, as each church design inspired more home and business owners to include some form of tiles in their properties.

At ROCCIA, you will find a number of Spanish inspired tiles – such as the Kiko tiles from in our ceramic wall tiles range. So, if you are looking to instil a little Spanish flair into your home, don’t hesitate to get in touch with our team who will be able to source the perfect tiles for your project. 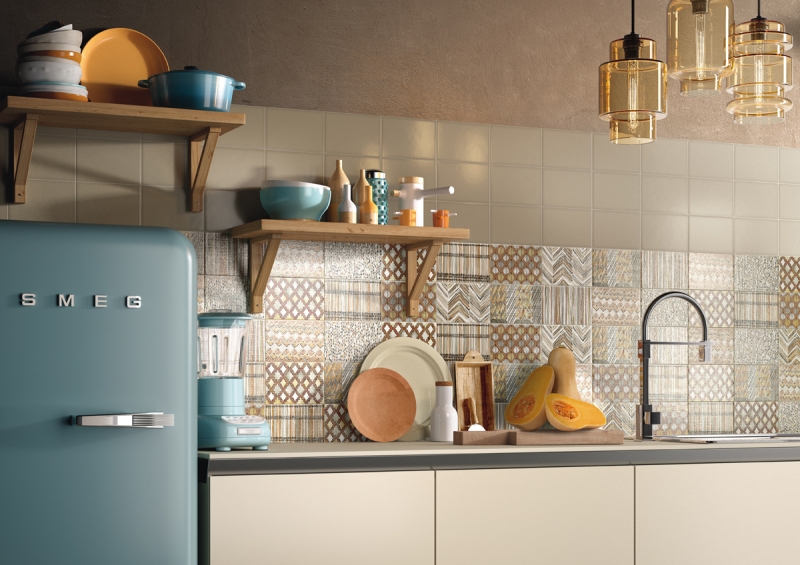 Italian tiles have long been regarded as some of the best in the world. Italy is the home for many of the world’s leading design studios, with the term ‘Made in Italy’ holding an awful lot of influence in design and fashion circles around the globe. This is especially true when referring to ceramics and signifies the history of ceramic tiles from the late Roman Empire.

Much like other European countries, Italy’s tile design and production has a lot to do with Arabian influences and their clay tile creativity. This dates back to around the 9th Century BC. By around the 13th Century, pottery and tile production techniques had spread from Spain to Sicily and they brought their own flair to the methods to give them an understated elegance.

Much of Italian tilework uses Hispano-Moorish techniques. Churches, monasteries and wealthier, private houses soon became decorated with the innovative tin-glazed tiles, or Maiolica in Italy. The white glaze covered clay tiles became a huge hit as they could be painted in many vivid colours, designs and patterns, which were all decorated by hand.

Italian style exudes meticulous precision and luxury, and when it comes to their floor tiles, they embody attention to detail. A fantastic example of Italian style and flair can be seen in our Versace floor tiles range – with each tile exuding pure luxury and elegance throughout any room they are installed within. 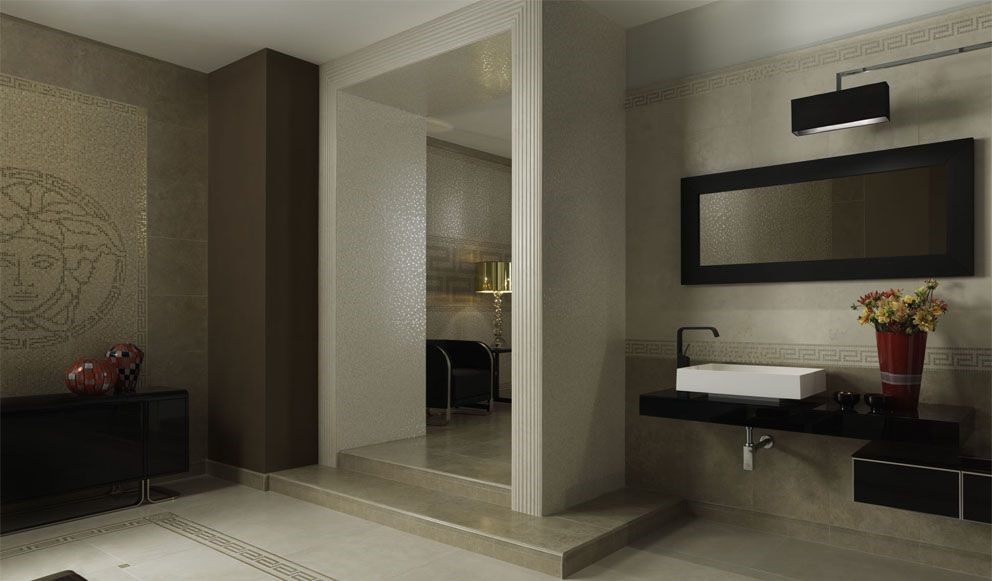 Turkish ceramics are amongst the oldest in the world and have greatly influenced both the design world and global manufacturing methods.

In the 13th Century, tiles were used to decorate only the important places of stature, such as palaces, mosques and tombs. Tiles were extensively used in places of worship, with floor and wall tiles being used in Mosques to help the sound resonate during prayer. The specific type of tiles used for this purpose were usually Iznik tiles, which were made in the Turkish city of Iznik. In the 16th and 17th Century, Iznik became a vital centre and hub for pottery and tile production.

A number of colours rose to prominence over the years, with turquoise, cobalt blue, black and deeper purples and violets becoming extremely popular. The tiles came in both glazed and unglazed designs, however the colourful underglaze painted tiles with floral decorations were mainly used in palaces and mosques, making their way into some of the most prestigious buildings in Istanbul.

Turkish tiles were produced in square, rectangle, hexagonal and even triangular shapes. Perhaps the biggest technique the Turkish used was the mosaic tile. Many designs were geometric, floral or patterned, however, they also used calligraphy on their tile designs, but mostly their mosaics.

While the creative minds behind the tiles loved a splash of vibrancy, they also loved monochrome tile designs. Our range of porcelain wall tiles feature several tiles that draw inspiration from Turkish heritage, including the Slaty tiles range.

The Chinese have been manufacturing tiles for thousands of years and while they are widely known for their roof tiles, they have developed to create stunning wall and floor tiles. One of their most famous tiled monuments in the world is the Porcelain Tower of Nanjing.

While this tower was mostly destroyed in the 19th Century during the Taiping Rebellion, a life-size replica now exists.  The tower was built with white porcelain bricks with as many as 140 lamps hanging from the illuminating tower. Glazes and stoneware were worked into the porcelain brick to create a green, yellow, brown and white tile designs, which also incorporated animals, flowers, landscapes and Buddhist images.

The Chinese liked to tell a story with their tiles, which often incorporated storytelling through a jigsaw-like tile puzzle and plenty of imagery and detail.

The Chinese Ming porcelain, which was mainly blue and white, had become a hugely fashionable from the 17th Century onwards and is still influential today. They had many different types of glaze and dynasty which were reflected in their ceramics- from plates to tiles and bowls.

Here at Roccia, we love to embrace the colourful history of tiles, and we believe that its multi-cultural origin is just one of the tile world’s great delights. The UK interior design industry truly has been inspired by several countries and locations and you will most likely see inspiration from these places within our range of fantastic floor and wall tiles. 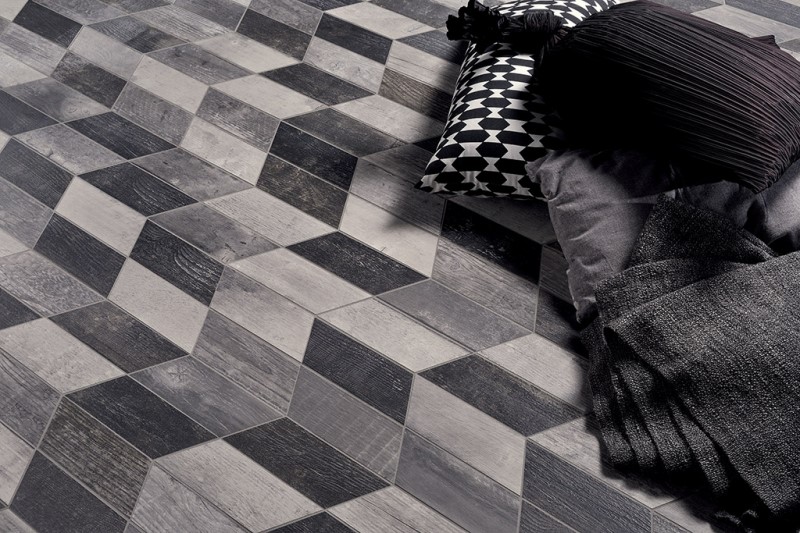 What Colour Floor Tiles Go with a Cream Kitchen?